I consider myself to be a fairly private person overall. However, I’ve decided to take a leap of faith and share my personal life experiences and struggles as a way to help support my own spiritual, emotional and physical healing journey; and connect with others on a deeper level so that they too can feel supported on their own healing journey.

This is... Lessons In Love and Lyme 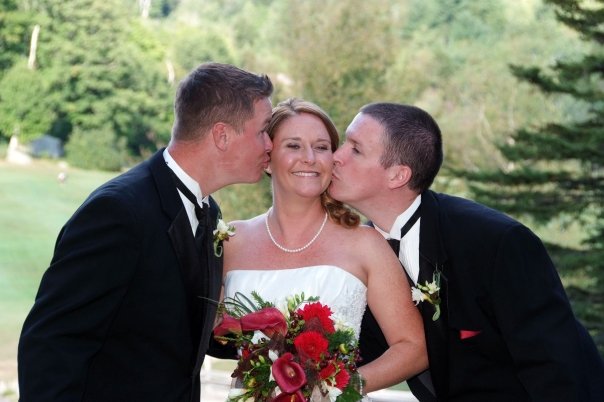 I am the oldest and only girl in my family. I grew up in a small 3 bedroom, 1 bathroom ranch. Anytime the shit hit the fan, there was nowhere to hide. Whether you liked it or not- you were in the thick of it too.  I learned to be a light sleeper at a young age. I was always on high alert. I also learned at a young age that you cannot reason with a drunk person. Unfortunately, my mother never did learn that lesson (or was so consumed with her own agenda); and continued to angrily wait for my dad to return home at night, so she could rip into him.

So, needless to say- she woke me and my 2 brothers up on many nights. On those nights, I would sneak into the bedroom my brothers shared, put them both in the same bed, snuggle one brother up under my right arm pit and the other up under my left arm pit, and rock them gently in an attempt to muffle the battle noises and get them back to sleep. Once the fight fizzled out,  I would tuck my brothers back into their beds and return to my room.  Some nights my baby brother wouldn’t be able to fall back asleep, and would come crawling into bed with me. I don’t think it’s any coincidence that all 3 of us deal with varying levels of insomnia to this day.

I went to the front door; opened it, and there stood my father- shirtless, in a sling, bruised and crying.

When I was 11, my father was assigned to the night shift at the phone company. In the early morning hours I heard a banging at the front door. I looked out my bedroom window and saw a cab parked in front of the house. I went to the front door; opened it, and there stood my father- shirtless, in a sling, bruised and crying. I helped him in; hugged him as he sobbed and then went to wake my mother.

The story goes, that my father was feeling ill and left work at about midnight. As he was driving home on the highway, another car forced him into the Jersey barriers and left him on the side of the road. It was assumed the other driver was under the influence. He was able to climb out the car window and crawl to the other side of the road. A nurse returning home from her shift at Boston City Hospital saw him lying on the side of the road and was able to get him to the closest hospital. My father took a cab home that night. The car was totaled.

My father was out of work for quite some time following the accident. The disagreements between him and my mother only escalated; because now prescription pain pills had been added to the mix. My parents had always been firm believers in family loyalty. This primarily meant- do not under any circumstances, air your dirty laundry! They would never turn to a friend or extended family member to vent or ask for help. So, my mother turned to me. She would come to me crying and venting her frustrations. She began expecting more adult-like responsibilities from me. I sort of became Mom #2, and child zero.

Not everything is all bad. Light can always be found.

Having Lyme Disease has taught me about life’s beautiful contrasts. Not everything is all bad. Light can always be found. Over the years, my brothers and I have had (and still have) some very trying times in our relationships with each other. But, when times get tough, I remember the 3 of us sitting on that bed together- and know that we have a bond that may bend. But, can never be broken.

And, I suppose I will leave that front door on its hinges. Because, that door is also where I would jump up and down in utter delight at the sight of my Papa making his way up our walkway ( I LOVED my Papa). That door is where the boy picking me up for my first date knocked. That door is where my father walked into our home -sober after his first AA meeting and began his recovery.

Be notified when a new post has been published.

I find it difficult to decide where to start; or how much to say really. What About Me?!  Who am I exactly? Well, a big reason for me even having this page and sharing my thoughts with you is to answer that very question. So, here are some random stats and possible future journal entries: